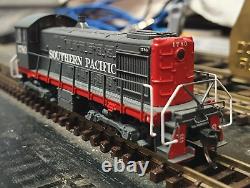 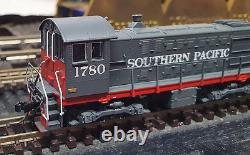 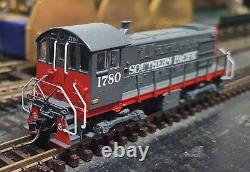 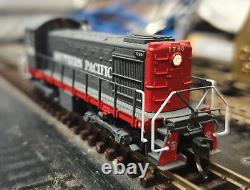 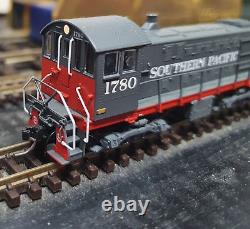 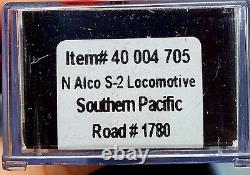 The S-4 was first produced in Canada, with ALCO production beginning in June 1949. The S-2 and S-4 were designed as rail yard switchers, meant to replace older, less efficient, and more demanding steam switchers. They were a success, with many remaining in service today. The locomotives' exterior was styled by ALCO engineer Ray Patten, who used curves in a mild application of Art Deco principles.

The larger stack is due to turbocharging. The carbody and cab of late S-2s are nearly indistinguishable from those of S-4s. Hence, a truck swap can cause many to misidentify a unit.

POWERED BY AN ESU LOKSOUND SELECT. USING A BESPOKE FILE PROVIDED BY ESU. This item is in the category "Collectables\Model Railways & Trains\Railways & Trains\Locomotives". The seller is "cr_signals" and is located in this country: GB.