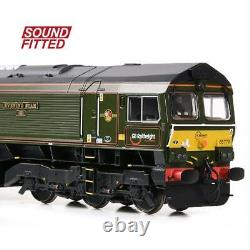 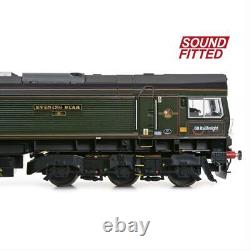 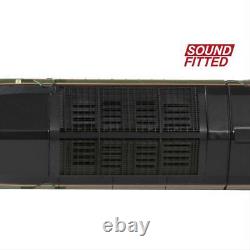 Announced as part of their Autumn 2020 British Railway Announcements, Bachmann are delighted to bring you Class 66/7 No. 66779 in the much loved green livery which makes a great addition to our range. Fitted with a driver figure and featuring directional lighting, this model takes realism to the next level as it is also SOUND FITTED MODEL FEATURES. Highly detailed GBRf green livery.

Driver Fitted in the Cab. SOUND FITTED - See below for function list.

In Continental Europe it is marketed as the EMD Class 66 (JT42CWR). Placing what was termed as "the biggest British loco order since steam days, " EWS placed an order for 250 units in May 1996 to be built at the EMD plant in London, Ontario, Canada; the first locomotives were ready in 1998. They were given the Class 66 designation in the British classification system (TOPS). In 1998 Freightliner placed an order for further locomotives.

The seller is "gaugemaster_controls" and is located in this country: GB. This item can be shipped to United Kingdom.