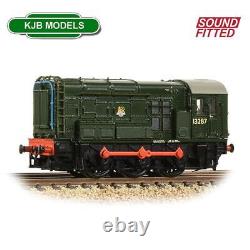 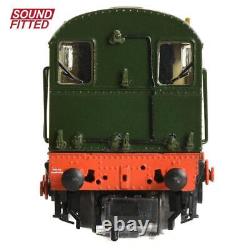 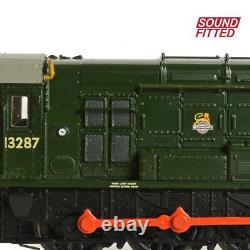 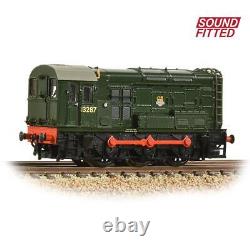 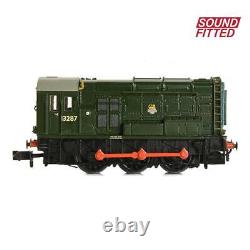 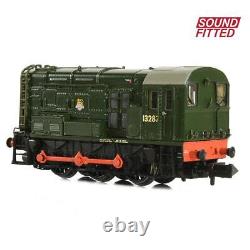 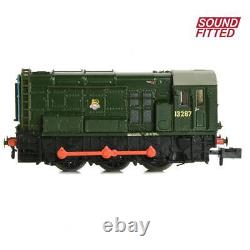 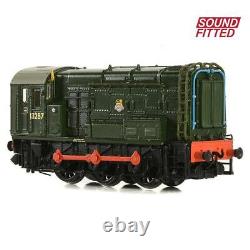 Analogue Users: Directional lights and basic Prime Mover (engine) sounds, which vary with speed, plus any other automated sounds, can be enjoyed when using this model on analogue control (DC) straight from the box! SOUND FITTED - Fitted with a Zimo MX659N18 Sound Decoder - See below for the function list.

F22 -'I'm Going Under. The first diesel shunters were pioneered by the LMS which began trialling designs during the 1930s. It soon became apparent that this form of traction offered many advantages over the steam locomotive - the former being'ready to use' as and when required, whereas steam locos had to be kept at the ready even when not required immediately - with the obvious staffing and fuel costs associated with doing so. By the time of Nationalisation in 1948, the LMS had built various shunters and the 12033 series was adopted by BR as the basis for a new standard design of diesel-electric shunting locomotive.

As a stop gap whilst the Class 08 was being developed, BR constructed further 12033 series locomotives and these would later be designated as Class 11s. Production of the 08s began in 1952 with the first example, No. 13000, entering traffic in 1953. Construction continued until 1962 and during the ten year period, 996 locomotives were built making the Class 08 the most numerous of all British locomotive classes.

In addition, construction of the near-identical Class 09s (26 examples) and Class 10s (171) took the total well above a thousand - the former differed in having higher gearing whilst the latter had different engines and transmission. Although they had a top speed of just 15 mph, what the 08s lacked in speed they more than made up for with tractive effort which was more than double that of the 03s and 04s.

Although the first example was withdrawn in 1967, just four had gone prior to the introduction of TOPS and despite an ever-decreasing need for shunting locomotives, around a quarter of the Class remained in traffic at the start of the 21. Upon Privatisation of British Rail in 1994, EWS inherited many of the survivors, with others going to passenger operators for use as depot shunters. More than a decade later EWS was still operating over 40 of the shunters, with many more in store. Meanwhile, ever since the first withdrawals Class 08s have been popular machines with heritage railways and today, more than 70 have found a new lease of life in preservation - often carrying out similar tasks to those for which they were designed some seven decades ago. This item is in the category "Collectables\Model Railways & Trains\Railways & Trains\Locomotives". The seller is "kjb-models" and is located in this country: GB. This item can be shipped to United Kingdom.