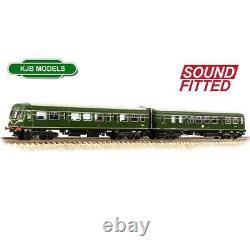 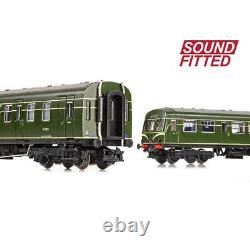 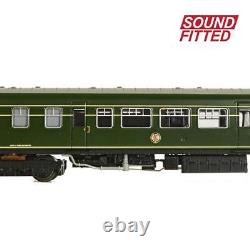 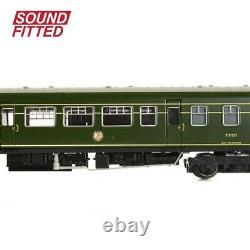 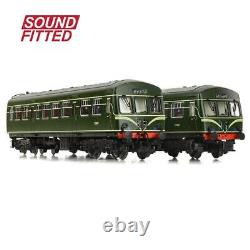 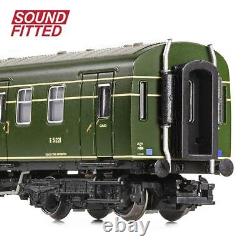 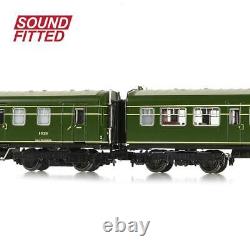 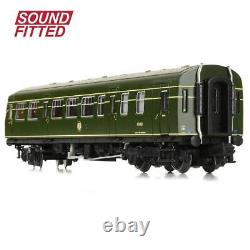 Powerful 3 Pole Motor with Flywheel. SOUND FITTED - Fitted with a Zimo MX649N DDC Sound Decoder (plus a Zimo MX671N DCC decoder in the trailer vehicle) - See below for the function list. F0 - Lights - On/Off. F1 - On - Engine Start Up / Off - Engine Shut Down.

F23 - Compressor Speed Up. The Class 101 Diesel Multiple Unit (DMU) was one of the most numerous and widely used types of all the first generation DMUs. Typically formed into two-, three- or four-car sets, the first examples were introduced in 1956 and more than 600 vehicles, including driving vehicles fitted with a cab at one end and corridor gangway at the other, and intermediate cars with corridor gangways at both ends, were built by Metropolitan Cammell at Washwood Heath in Birmingham.

Initially allocated to the North Eastern, London Midland and Scottish Regions, the units later saw use on the Eastern and Western Regions, with occasional running into Southern Region territory too. Fitted with the Blue Square control system, the Class 101s could work in multiple with other 101s and numerous other DMUs when additional capacity was required. During the 1970s BR embarked on a refurbishment programme to provide passengers with an improved travelling environment and the Class 101s were used as a testbed for these works which resulted in the majority of Class 101 vehicles being refurbished over a period of almost ten years. In later years many sets were given an additional makeover to extend their passenger service life, whilst others found new roles carrying parcels, as route learning units and for sandite operations. Around thirty two-car units were still in traffic at the start of the 21. Century making the Class 101 one of the final first generation DMUs to remain in revenue-earning service. The type remains popular today, with more than forty vehicles being preserved and these can now be found operating on preserved railways around the UK. This item is in the category "Collectables\Model Railways & Trains\Railways & Trains\Locomotives". The seller is "kjb-models" and is located in this country: GB.