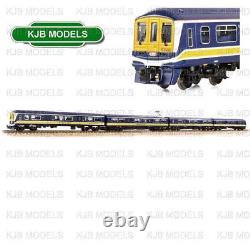 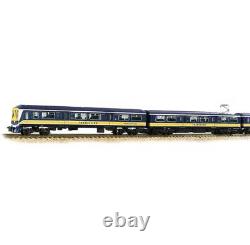 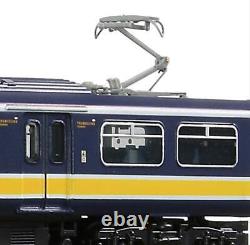 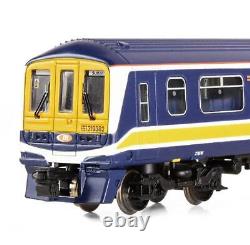 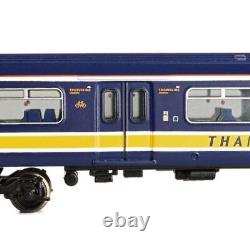 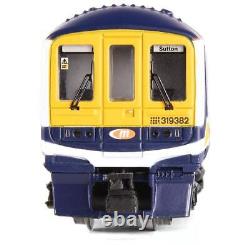 372-876 Class 319 4-Car EMU 319382 Thameslink. Brand new item from our New Yorkshire model railway shop. Finished in the bold blue and yellow livery of the prototype, this Class 319 is fitted with a sprung Brecknell Willis pantograph and uses conductive couplings between each vehicle to allow operation on DCC by installing a single Next18 DCC Decoder - a simple process thanks to the easy-access decoder socket which is accessed by removing one of the underframe panels which is held in place by a single screw.

The powerful coreless motor is coupled to a flywheel for smooth running, all of which is fitted into the underframe of the MSO vehicle meaning that all four vehicles have unobstructed interiors which are further enhanced by the interior lighting. What's more, this Graham Farish model features switchable directional lighting, plus a pre-fitted speaker making it easy to add Sound. Powerful coreless motor and flywheel fitted to the MSO vehicle. Unobstructed interior including seat and table detail. Integral conductive couplings between vehicles. Functional multiple unit couplings at the outer ends. Directional lighting - switchable on/off via DCC or the chassis-mounted switches. Speaker Fitted (If you wish to add a sound decoder). Easy Access DCC decoder socket - located behind an underframe panel on the TSO vehicle.

Equipped with a Next18 Decoder Socket (one decoder required). The British Rail Class 319 is a dual-voltage electric multiple unit train capable of operating on 25kV 50Hz AC from overhead wires or 750V DC from a third rail. They were built by British Rail Engineering Limited's York carriage works for use on north-south cross-London services. Built in two batches in 1987-88 and 1990 for BR's Network SouthEast sector, the units were primarily used on the then-new Thameslink service operating from Bedford to Brighton and various other destinations south of London.

The majority of the fleet remained in use on the Thameslink network after its reshaping and privatisation in 1997, with a few units moving to Southern. Some of the fleet was also used on various other services operating out of London Victoria, including flagship expresses to Brighton. This item is in the category "Collectables\Model Railways & Trains\Railways & Trains\Locomotives". The seller is "kjb-models" and is located in this country: GB. This item can be shipped to United Kingdom.