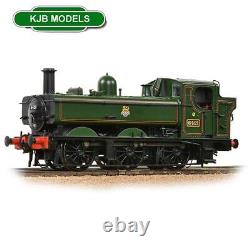 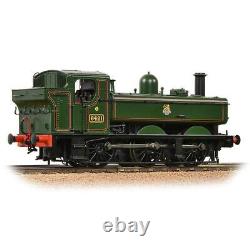 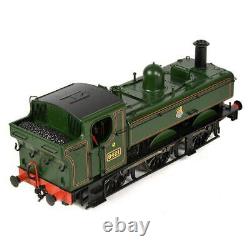 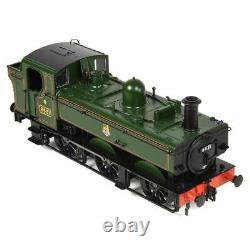 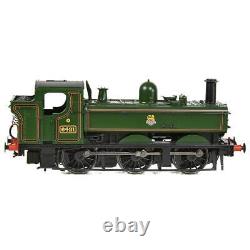 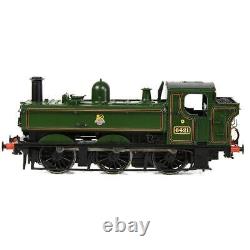 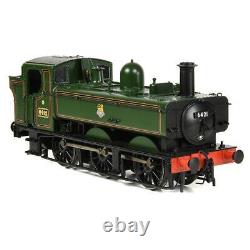 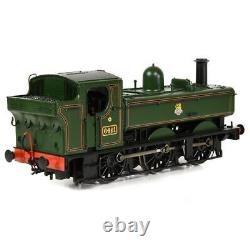 31-639 GWR 64XX Pannier Tank 6421 BR Lined Green Loco. Brand new model from our new Yorkshire Model Railway shop. With their characteristic shape and elegant design, the Pannier Tanks were a quintessential part of the GWR locomotive fleet and this Branchline model captures the 64XX Class to a tee.

With a highly detailed bodyshell - featuring numerous separately-fitted parts including the metal tool hooks on the rear of the bunker - a detailed and decorated cab interior and a smooth-running chassis with a 6 Pin DCC decoder socket, this model is sure to make a stunning addition to your locomotive fleet. Pristine BR Lined Green (Early Emblem) livery. Equipped with a 6 Pin DCC Decoder Socket. First introduced into service with the Great Western Railway in 1932, the 64XX Class is an evolution of the classic GWR Pannier Tank family with its basic design dating back almost 60 years previous.

The 64XX was designed by Charles Collett who reworked the classic Pannier Tank concept into a locomotive fit for the twentieth century. The Class was built for a specific purpose, the working of Push-pull passenger trains - these were also referred to as auto trains. The GWR pioneered the use of the auto train principle as many of their routes were branch lines. The steeply graded lines of the South Wales valleys were particularly associated with the 64XXs for over 30 years and the entire Class was fitted with equipment to operate with the auto trailers.

Their operation was not confined to South Wales however, and examples were well known for working in Devon, Gloucestershire and on other parts of the GWR network. The 64XXs were a relatively small batch of locomotives, built from 1932 until 1937, the Class eventually totalled 40 examples Nos. All passed into BR-ownership but with the introduction of DMUs in the 1950s, withdrawals soon began towards the end of the decade, and all were withdrawn from BR use by 1964. Three 64XX locomotives were saved from scrapping and these can now be found operating on heritage lines in the UK.