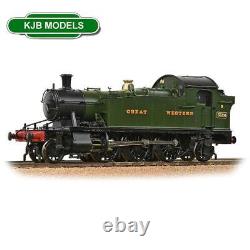 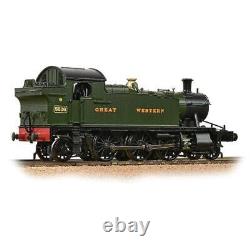 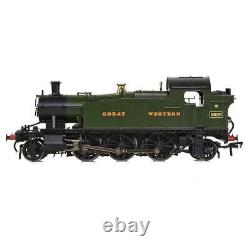 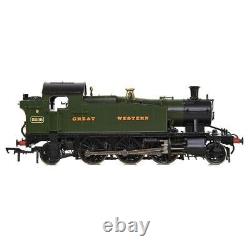 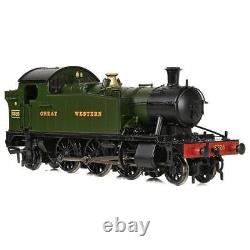 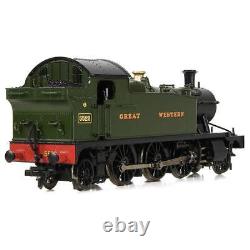 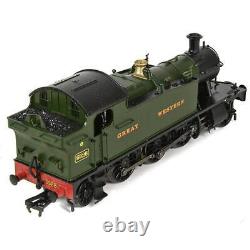 The Great Western Railway has long been a favourite subject amongst railway modellers and the Bachmann Branchline 4575 Class Prairie Tank is sure to be a valuable addition to the motive power fleet of any GWR-based layout. With its fine lines and beautiful livery, this Branchline model is assembled from countless components to produce a highly detailed model which reflects all the character of the prototype. 5526 now preserved at the South Devon Railway, this model is sure to be a popular addition to the Branchline range. Pristine GWR Green (Great Western) livery. Equipped with a 8 Pin DCC Decoder Socket.

The Great Western Railway (GWR) 4575 Class is a Small Prairie Tank locomotive which was built as a continuation of the 45XX Class. The key difference between the two Classes is the 4575's increased water capacity of 1,300 gallons, some 300 gallons more than the 45XX and housed in larger tanks which are distinguished by their sloping top at the front end.

This increased capacity added 4 tons to the weight of the locos when compared to the 45XXs, with the 4575s tipping the scales at 61 tons. These would be the last of the Small Prairies built to the 45XX/4575 design. Designed for branch line operation, these charming little engines were an everyday feature of the West Country scene and in the early-1950s, a small number were fitted with auto apparatus to work push-pull trains in the South Wales valleys. With the introduction of diesel traction, the first 4575s were withdrawn in the mid-1950s, however this process was drawn out over many years and four survived until December 1964. With many of the Class ending up in Barry Scrapyard after withdrawal, the 4575s became easy targets for preservationists and some 11 examples survive today. This item is in the category "Collectables\Model Railways & Trains\Railways & Trains\Locomotives". The seller is "kjb-models" and is located in this country: GB. This item can be shipped to United Kingdom.