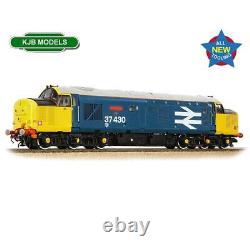 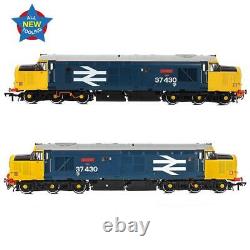 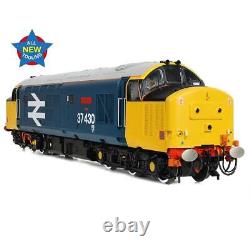 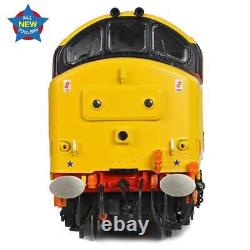 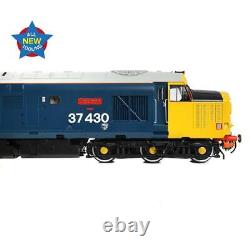 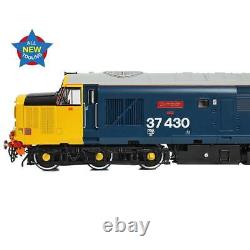 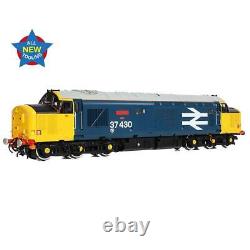 35-335 Class 37 37430'Cwmbran' BR Blue Large Logo Loco. Brand new model from our new Yorkshire model railway shop. Bachmann Branchline Class 37/4 No. 37430'Cwmbran' in BR Blue Large Logo livery. This all-new OO scale Class 37 has been designed from the rails up to ensure this classic locomotive is modelled more accurately than ever before, whilst the technical specification is equally impressive and incorporates the same great features as the all new Bachmann Class 47. With high fidelity mouldings, numerous separately fitted parts and countless tooling variations to capture the minutiae of the real locomotives throughout their lives, this new 37 is brought to life with an exquisite livery application using true-to-prototype colours, fonts and logos. Along with an unprecedented array of lighting features, Bachmanns Dual Fitted speaker system is fitted to all models if you wish to add a sound decoder. Pristine BR Large Logo Blue livery. Equipped with a Plux22 DCC Decoder Socket - recommended Decoder 36-570A. DETAIL VARIATIONS SPECIFIC TO THIS MODEL. Central Headcode Panels - Plated and fitted with Sealed Beam Marker Lights. Plated Boiler Port and Safety Valves. Sealed Water Filler Door and Plated Access Steps. Twin Fuel Tanks with one Gauge per Tank (left hand tank each side).

Cab lighting, assigned to two DCC functions for separate switching of each. Separately switched Engine Room lighting. Yard Light' mode, red tail lights and/or marker lights displayed at both ends (when used on DCC). Authentic light colours and temperatures selected for each model based on era and application.

The British Rail 1955 Modernisation Plan paved the way for the large-scale replacement of steam traction with diesel locomotives, and one of the most successful diesel locomotive designs to result from this was the English Electric Type 3. These 1,700hp Types 3 diesel-electric locomotives were built at English Electric's Vulcan Foundry and by Robert Stephenson & Hawthorns between 1960 and 1965, with 309 examples produced in total. When TOPS was implemented the type was designated Class 37.

The class proved popular with railwaymen and so in 1985, a major refurbishment programme for the Class 37 locomotives was sanctioned to extend the working lives of 135 locomotives. Features of the refurbishment involved plating over the four-character head codes and sealing off the nose end communication doors. A new subclass was created for locomotives refurbished with Electric Train Heating (ETH) equipment, allowing their use on passenger trains the whole year-round. The Class continued to be widely used into the Privatisation-era, with examples operating for the likes of EWS, DRS, West Coast Railways and Colas, whilst others have received'retro' heritage repaints. This item is in the category "Collectables\Model Railways & Trains\Railways & Trains\Locomotives".