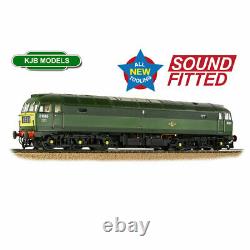 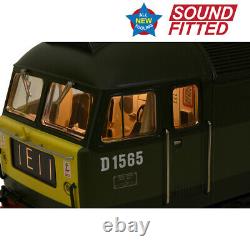 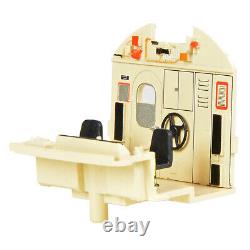 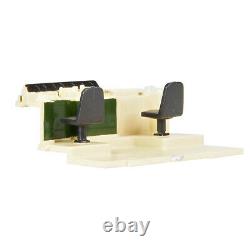 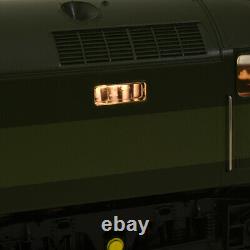 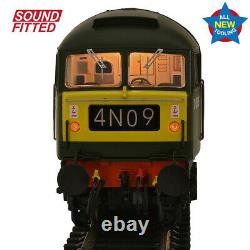 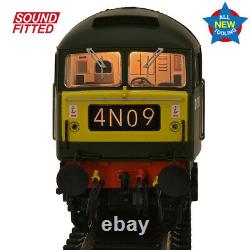 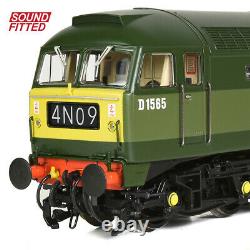 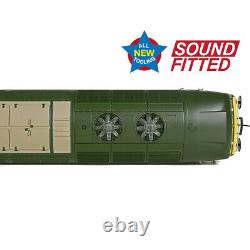 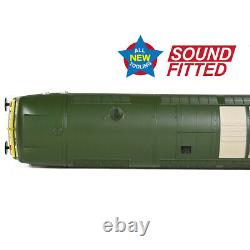 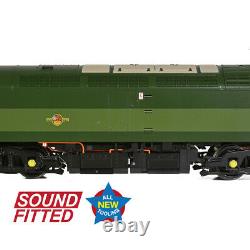 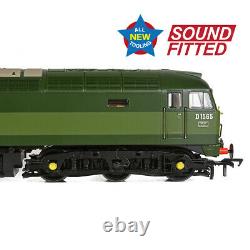 D1565 in BR Two-Tone Green livery with Small Yellow Panels. Analogue Users: Please note that normal load running sounds and any other automatic or randomised sounds will also operate when this model is used on analogue control (DC) straight from the box! Designed from scratch, this all-new model incorporates unrivalled levels of detail and technical features taking the Branchline Class 47 to new heights for British outline diesel locomotives. With high fidelity mouldings, numerous separately fitted parts and countless tooling variations to capture the minutiae of the real locomotives throughout their lives - ensuring each model is faithful to its prototype - Bachmanns new 47 is brought to life with an exquisite livery application using true-to-prototype colours, fonts and logos. Along with an unprecedented array of lighting features, Bachmanns new Dual Fitted speaker system is fitted to all models bringing to life the SOUND FITTED models.

Each model supplied with a full set of decorated, model-specific bufferbeam pipework and accessory parts. Directional lighting, switchable on/off at either end on DCC or Analogue control. Cab lighting, assigned to two DCC functions for separate switching of each.

SOUND FITTED models operate on DCC and Analogue control as supplied. On Analogue, an authentic engine start up sequence, including the momentary dimming of all lights during engine start up, and running sounds are produced when power is applied. Authentic liveries applied to all models. Multiple paint applications employed on each model using BR specification colours.

Alternative coupling sounds can be selected via CV changes. Towards the end of the 1950s, British Railways began planning a new fleet of diesel locomotives and after investigating several prototypes, BR decided to place an order with Brush Engineering for 20 locomotives during February 1961. The resulting design became the iconic Brush Type 4 Diesel locomotive, a practical, versatile design with a very distinctive cab.

Powered with a Sulzer engine and initially rated at 2,750hp, the locomotive could achieve a top speed of 75mph with a tractive effort of 55,000lb. Building commenced in January 1962 and the first locomotive No. D1500 appeared in late September of the same year with test runs on the London Midland Region and Western Region.

The design was a success and BR went on to order a total of 512 with continuous production through to early 1967, forming the largest single class of main-line diesel locomotives in the UK. During this time and subsequent years, several variations appeared with an increase in speed and tractive effort to 95mph and 62,000lb respectively. Originally fitted with four character train reporting head-codes, these changed to marker lights, with the addition of high intensity lights and roof aerials in the late 1980s. Other variations involved the fitting of different types of steam heating boiler for early BR coaching stock, later replaced with electric train heating for use with modern rolling stock. The numbering system started with four figures but changed to five with the introduction of the TOPS coding system which saw the locomotives classified as Class 47 Diesels with variations such as 47/0, 47/2, 47/3, 47/4 and 47/7. By the end of the 1990s, half of the Class 47 fleet had been withdrawn or scrapped, 33 have been converted into Class 57 locomotives and several have been preserved, including the original No. This item is in the category "Collectables\Model Railroads & Trains\Railroads & Trains\Locomotives". The seller is "kjb-models" and is located in this country: GB. This item can be shipped to United Kingdom.