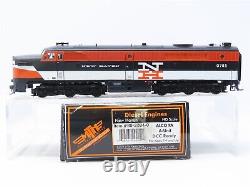 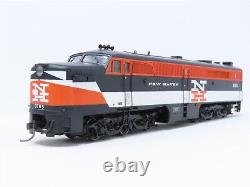 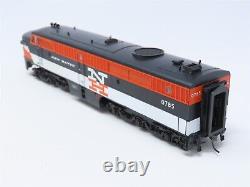 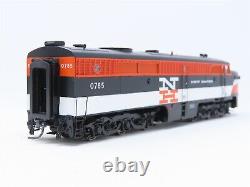 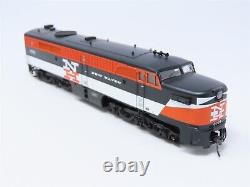 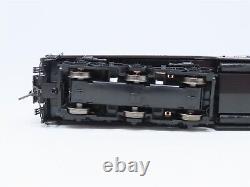 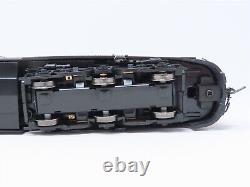 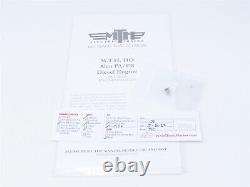 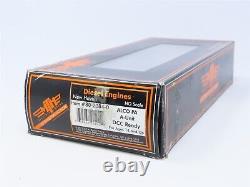 DCC Status : DCC Dual Mode Decoder Installed. Overview: The PA was Alco's glamour girl. While Electro-Motive's E-units easily outsold Alco's passenger engine, the PA is widely regarded as the most beautiful first-generation diesel - period. Perhaps no other locomotive looked so right at the head of the streamlined trains of the late forties and fifties that were the last hurrah of American long-distance passenger service.

The 294 PA's and cabless PB's built between 1946 and 1953 powered some of America's most famous name trains, from the Southern Pacific's Daylight to the Pennsylvania's Broadway Limited. In recognition of its beauty, some fans refer to the PA as an honorary steam locomotive. The muscular PA profile and its elegant nose, with the characteristic grille around the headlight, were designed by Ray Patten, General Electric's head of industrial design. At the time, GE and Alco were partners in the locomotive business, with GE making the electrical equipment for all Alco diesels.

Patten's design was described as a locomotive so distinctive and so powerful looking that it actually helps railroads sell their services to passengers and shippers. While Alco would later fall by the wayside, GE went on to become America's largest locomotive builder by the early 1990's. Under the hood of the PA beat a 16-cylinder model 244 prime mover that developed 2000 hp.

Depending on their gearing, PA's could hustle a passenger consist along at up to 100 mph. Long after all other PA's had gone to scrap, four restored ex-Santa Fe units remained in service on the Delaware & Hudson into the late 1970's.

But in April of 2000, Doyle McCormack - who also happens to be the engineer of No. 4449, the restored Southern Pacific Daylight - and the Smithsonian Institution repatriated two of the junked units for rebuilding. One of the units will be restored to Santa Fe livery for static display, while Doyle is bringing the other PA back to life in the Nickel Plate Road "Bluebird" scheme. Recreate the excitement of first-class passenger travel in the middle of the last century, with these Alco PA locomotives and matching passenger sets.

Our ProtoSound 3.0 sound and control system brings you the authentic sounds of an Alco prime mover and station announcements for name trains of the 1940s and'50s - along with the ability to start your train so gently you won't spill the water in the diner and then accelerate up to scale speeds of over 100 mph, just like the prototype. Authentic Paint Scheme & Cab Numbers. Detailed Truck Sides, Pilots and Fuel Tank.

We specialize in a variety of pre-owned model trains, all backed by our 100% Satisfaction Guarantee! Growing up, my grandfather and I worked together building our model railroad layout.

After working with one of the most respected model train dealers for 13+ years, it is my pleasure to bring this online hobby shop to you. We promise to bring you great deals on trains in Z Scale, N Scale, HO Scale, O Scale, and even some G Gauge! Doug - Model Train Market.