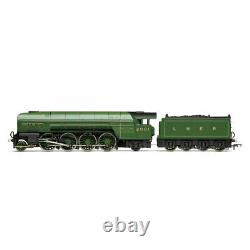 The 2-8-2 configured locomotive was given the classification P2 and had four driving axles for greater adhesion, an A3 type boiler and a Kylchap type blastpipe/chimney system. A total of six of the Class were built. The last four to be built were outshopped with streamlined fronts. By 1944 the whole Class had been withdrawn.

The'A1 Trust', builders of the A1 locomotive'Tornado', are planning to build a Class P2 locomotive as it was originally outshopped from the LNER and have accordingly formed the "P2 Steam Locomotive Company". Expand your layout, see more items. (c)2017 Jadlam Racing Ltd.

This item can be shipped to all countries in Europe, United States, Australia.